John publishes widely on community engaged teaching, learning, and research, and organizational change in higher education, including the co-edited book with Mathew Johnson, The Elective Carnegie Community Engagement Classification: Constructing a Successful Application for First-Time and Re-Classification Applicants (2017), the co-edited book, Publicly Engaged Scholars: Next Generation Engagement and the Future of Higher Education (2016), the edited volume with Matthew Hartley, To Serve a Larger Purpose: Engagement for Democracy and the Transformation of Higher Education (2011) and with Edward Zlotkowski, Higher Education and Democracy: Essays on Service-Learning and Civic Engagement (2011). He is the co-author of the Democratic Engagement White Paper (NERCHE, 2009) and Full Participation: Building the Architecture for Diversity and Public Engagement in Higher Education (Columbia University Law School: Center for Institutional and Social Change, 2011).

John is a Distinguished Engaged Scholar at the Swearer Center for Public Service at Brown University, where he leads the project in which the Swearer Center serves as the administrative partner with the Carnegie Foundation for elective Community Engagement Classification. He is also a Visiting Scholar with College Unbound in Providence, Rhode Island.

From 2005-2016 he served as the Director of the New England Resource Center for Higher Education (NERCHE). From 1998-2005 he was the director of the national program on Integrating Service with Academic Study at Campus Compact."
Speaking At
Pre-conference session: How Knowledge Claims can be Unjust and What We can do about It
Rewarding Public-Facing Scholars and their Scholarship: Epistemic Equity as a Lens for Policy Change 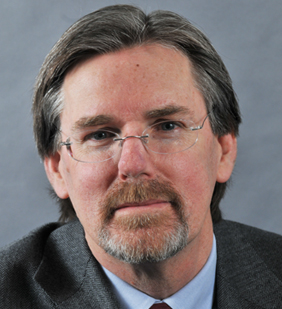