Full Name
Carah Ong Whaley
Title
Associate Director
Institution
James Madison Center for Civic Engagement
Speaker Bio
Dr. Carah Ong Whaley is Associate Director of the James Madison Center for Civic Engagement at James Madison University where she is responsible for programming to embed civic engagement in the campus experience. At the heart of her research interests is a desire to understand and illuminate how the interactions of political actors and institutions structure public access and participation in policy- and decision-making processes.

Carah has developed innovative pedagogy melding scholarship and experiential learning to teach courses on civic engagement, campaigns and elections, and state and local politics. Her dissertation explored the politics of cleaning up the environmental contamination that resulted from the testing, development and production of nuclear weapons, with a focus on the role of community-based groups in developing expertise and engaging the public in policy- and decision-making processes.

Carah has previously worked at the University of Virginia’s Center for Politics, which included assisting with Leaders for Democracy fellowship programs, working with delegations from the Middle East and Africa region, and Mongolia. She also worked in the Governing America in a Global Era (GAGE) program at the Miller Center for Public Affairs. From 1999-2012, she worked as a research and program director for non-governmental organizations on nuclear and security issues and traveled around the world to engage with communities on these issues.

Twitter: @CarahOng
Speaking At
How to Move Beyond Service & Voting: Alternative Breaks for Deepening Civic & Democratic Engagement
The Arc of Citizenship Bends Toward Justice When We Work Alongside Communities 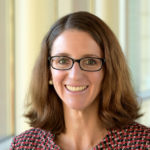